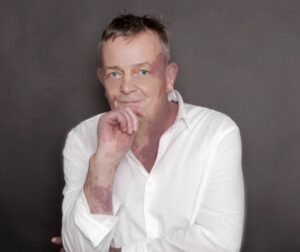 Garry is an internationally acclaimed film editor who has worked on a diverse range of projects over the past 20 years. The most recent is the dramatic thriller “Flowers In The Attic: The Origin”, a 4 part feature series directed by British director Robin Sheppard. Prior to that, the comedy drama “The Shuroo Process” starring Fiona Dourif which had theatrical release and is now streaming on Amazon and Netflix. Also released in 2022, a critically acclaimed comedy feature “Butter’s Final Meal” starring Mira Sorvino and Ravi Patel had a successful theatrical release and is available on HBO Max.

Born in Glasgow, Scotland, Garry immigrated to Canada in the 1980’s. His interest in cinema led him to San Francisco where he studied filmmaking; from French New Wave to American Classic Cinema. Returning to Canada, he was quickly employed as a first assistant editor for The National Film Board Of Canada. After which he transitioned to Universal Studios, Columbia Pictures and MGM, where he made the leap to editor on the psychological thriller “The Limbic Region” starring Edward James Olmos.

With over 50 titles to his credit, Garry’s work has spanned over a variety of genres from action, drama, comedy, horror, Westerns to science fiction, documentary and animation. Winning awards such as the NAACP for best TV Movie or Miniseries for the critically acclaimed “Sins of the Mother” starring Jill Scott and Nicole Beharie. Recently, “The Shuroo Process” took best picture at the New York Big Apple International Film Festival.

Garry is a resident of Los Angeles and has both Canadian and UK citizenship.